We’re Part of the 15% – A Letter to President Harrison

Well, it’s been over a year since our Voters Assembly sent President Harrison a letter calling for him to repent. We’ve heard nuttin’ from no one. I wrote to President Bohlmann in 1986 and he answered me personally. How far I have fallen! This letter, though largely authored by me, is really from Trinity Lutheran Church. I didn’t think any churchman, any true Seelsorge, could turn up his nose at a flock of sheep. Sure, maybe he could ignore one smelly shepherd, but not a whole flock. I was wrong. We are part of the 15% President Harrison refers to when he says 85% of the Synod can get along with our present doctrine and practice. I can’t. I predict 5% of the liberals can’t either, but I think 10% of the 15% Harrison is willing to lose will come from the confessional, liturgical side of things. 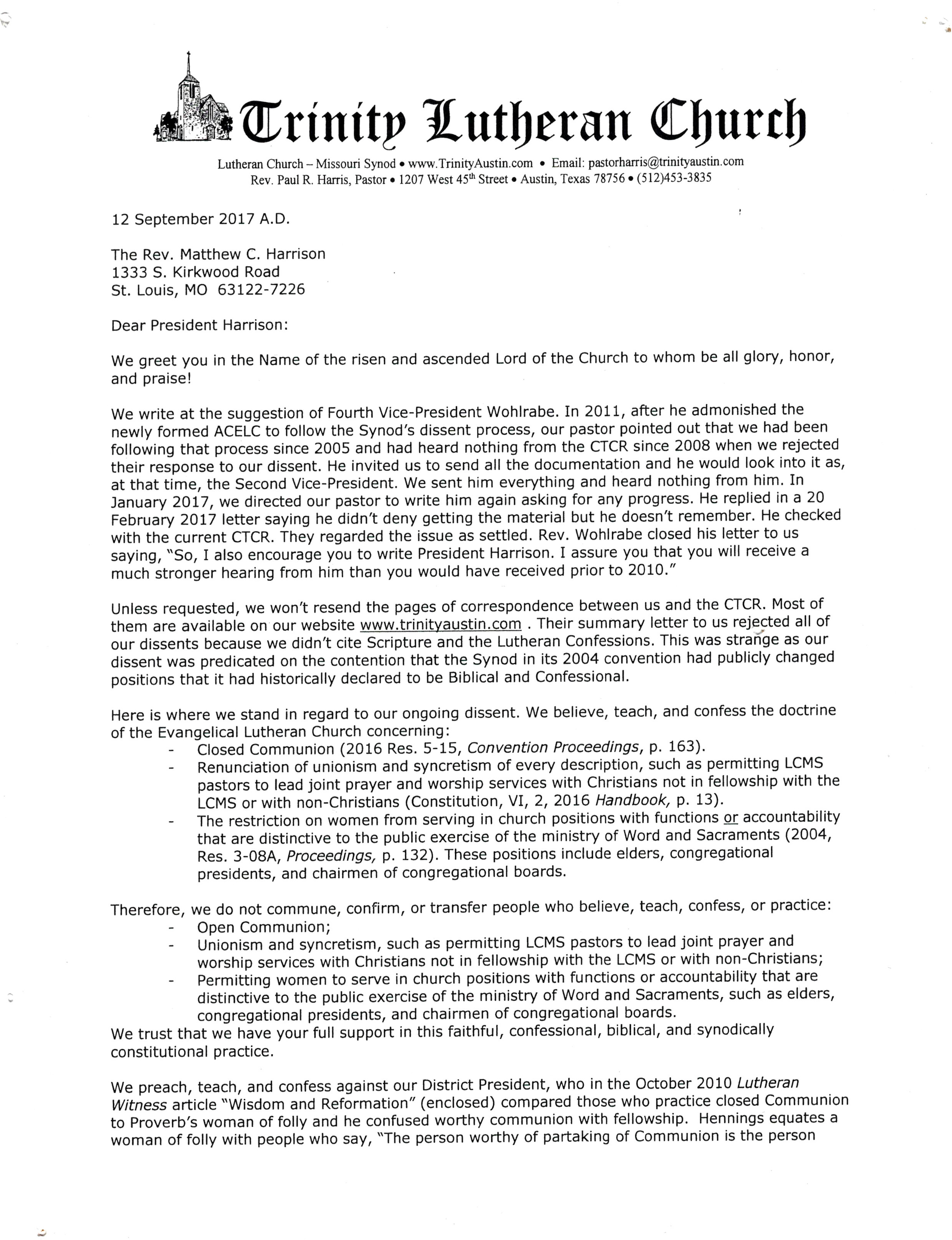 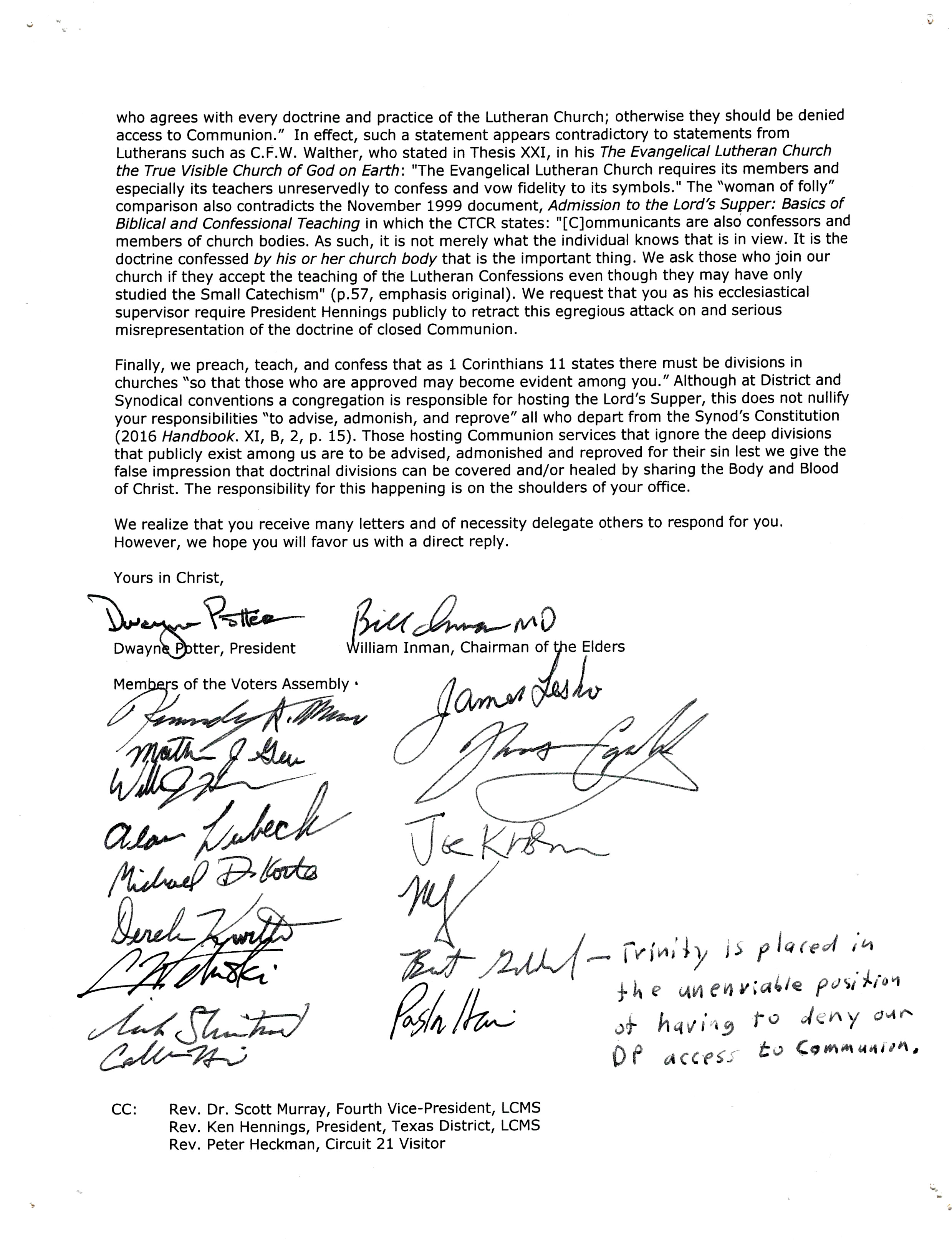 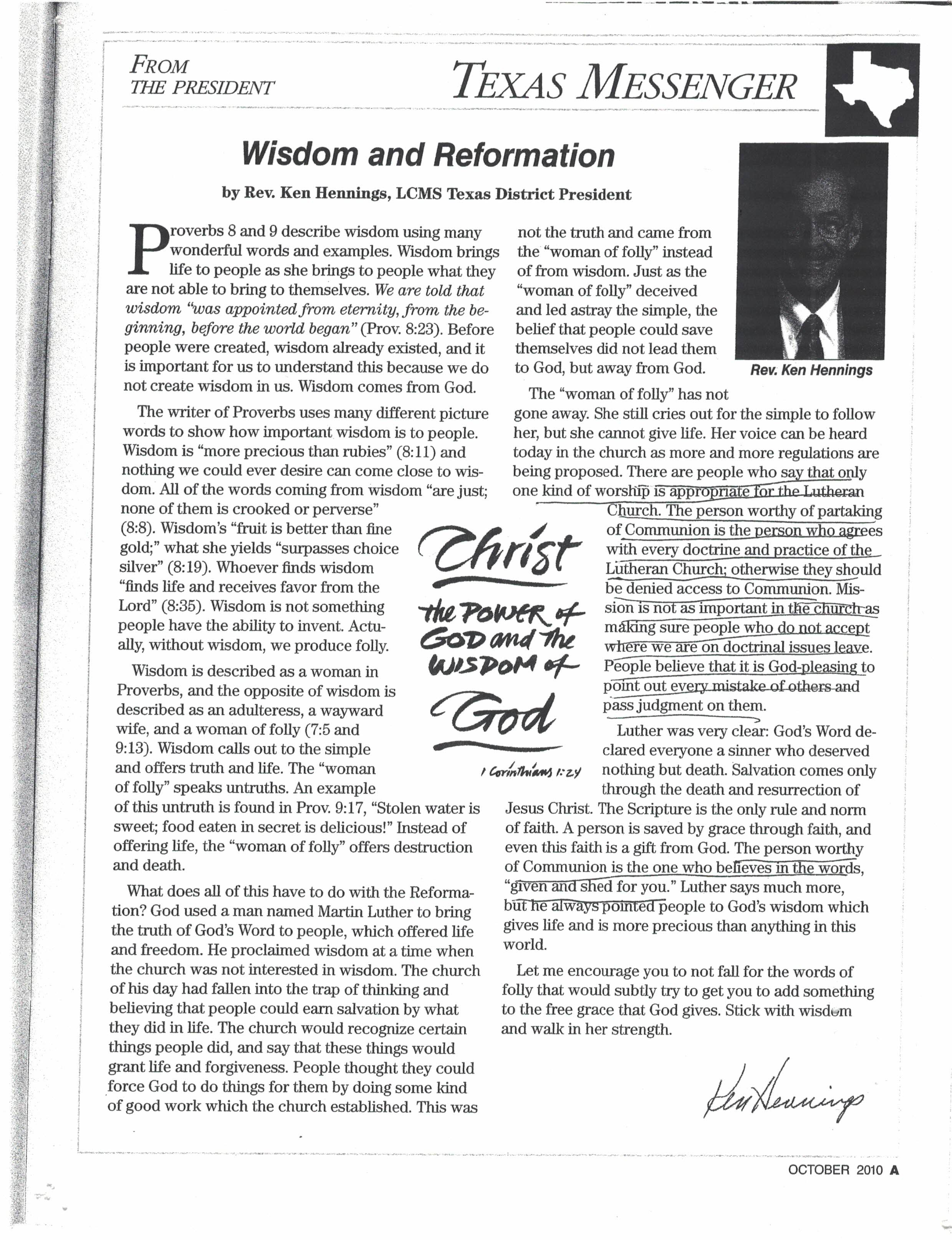